Pirates of the North of Africa

The Renaissance was undoubtedly a suitable time frame for the development of voyages that ended in big discoveries. The monarchies of Portugal and Spain, gave support to daring navigators for such purposes. The aim was to open new commercial routes, since the oriental Mediterranean, with the fall of Constantinople, was under the aegis of the Half moon: the Turks and Berber held the hegemony of the trade with East.

At that time the Spanish Crown had to order military expeditions to the north of Africa, in order to establish fortified areas along the coast. This way they were trying to mess up the offensive actions of the Berber pirates before they could set sail. The assaults of the Berber to coastal Spanish cities, from Andalusia up to Catalonia and islands Balearics, were extremely frequent. 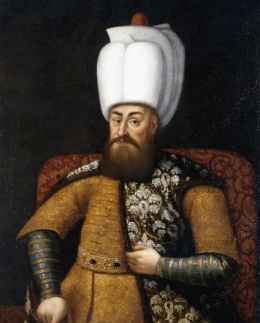 In 1504, two papal galleys were caught by the pirate Barbaroja I (Arug). The Mediterranean was returning to be a dangerous sea, Tunis and Algiers happened to be the center of piracy.

Barbaroja II (Khair ben Eddin), had inherited from his brother the ships, crews and nickname. So he decided to offer himself as vassal to the Great Turk. There were moments in which Barbaroja II was absolutely dominating the western Mediterranean. Not only the merchant ships, but war ships too, were caught by the Berber’s ones.