A rag that inspires fear

In the beginning of the 18th century, pirates began to use typical flags with which to identify themselves. The most ancient flags were red or black. Terror symbols like skulls, bones, weapons, were to infringe terror in the victims. The aim was to cause such fear that they would obtain the surrender without beginning combat.

Pirate flags were known with the name of Jolly Roger, whose origin could come from the French: “Jolie Rouge”, which means “beautiful red” referring to the color of the first flags, and was degenerating in English in: Jolly Roger.

That bloody standard was indicating that pirates were not going to have mercy in the battle that was approaching.

There were crews that defended his ship with courage, but the most normal thing was that the sailors preferred to give up and, even, to join the pirates.

Many pirates had their own flag, an unequivocal message for those who saw them. 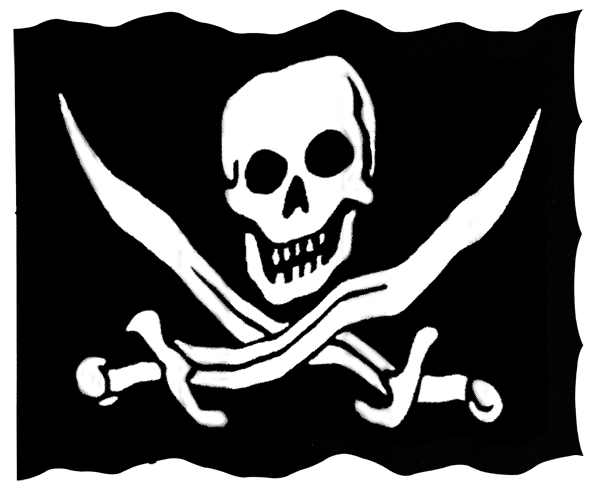 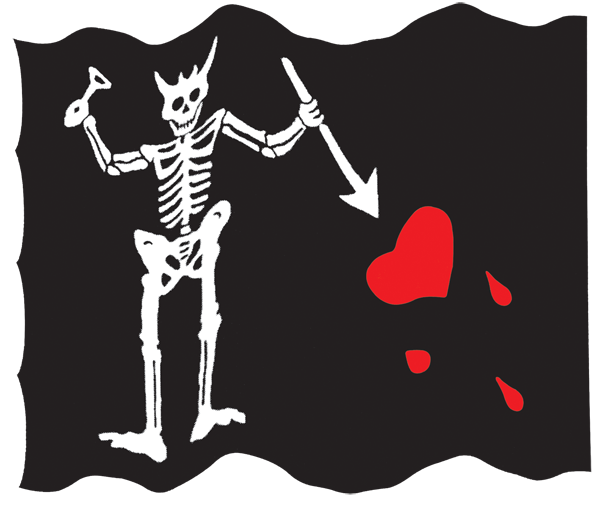 The skull with the crossed bones

Henry Avery’s pirate flag looks like the legendary skull design with the crossed bones. In the 17th century the symbol of the skull and the bones (tibias) was usually used for representing death. Because of it many pirates adopted it to decorate their black flags.

The sword always has represented a symbol of power, so the message that transmitted the flag of pirate Thomas Tew was very clear for those who saw it.

The hourglass is an element very repeated in pirate flags. In that of Christopher Moody, as in many gravestones of those times, the clock had wings to indicatethe brevity of time and life.

The pirate flag of Edward Teach “Barbanegra”, presents a diabolical skeleton that holds an hourglass, an arrow and a bleeding heart; symbols thought to terrify his victims. Many famous pirates tried hard to possess a banner design clearly indicative and different to the others, like a brand image. 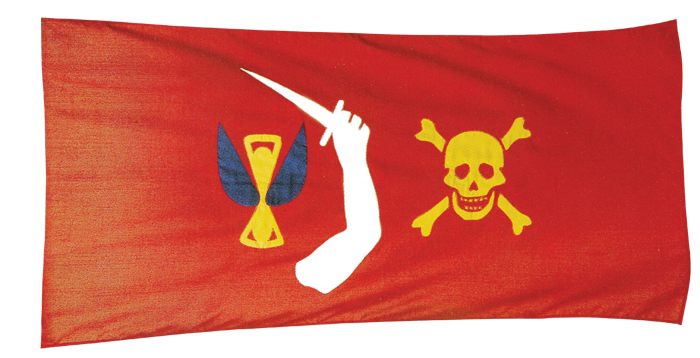 In his flag, Bartholomew Roberts appeared drinking a toast with Death in the shape of skeleton. Roberts had another flag, in that appeared himself riding two skulls with the initials ABH and AMH, initials in English of ” A head of Barbados” and ” A head of Martinique ” respectively. Such eloquent design was addressed, directly, to the governors of both islands.

Another famous banner was pirate Jack Rackham’s. In his standard both tibias were replaced with two crossed sabers.