The island of Jamaica, one of the Major Antilles, went on to English hands in 1655 and, in a peninsula under the protection of a bay; Port Royal’s city is founded. Soon the British authorities observed that the benefits obtained of piracy were twenty times superior to the legal trade. So they allowed all pirates to find protection in the city. Port Royal was a hotbed of dirty business, smuggling and refuge of men and women in the fringes of law. The city abounded in taverns and brothels.

Henry Morgan was one of the heroes of the city, at its port he ended up several times with the treasure of his assaults and boardings; after being furgiven by the royalty he was favored by the Commander in Chief of the island forces, who owned plantations and the richest lands.

Port Royal’s city was destroyed by an earthquake in 1692; this cataclysm eliminated the peninsula that was sheltering so pernicious people. 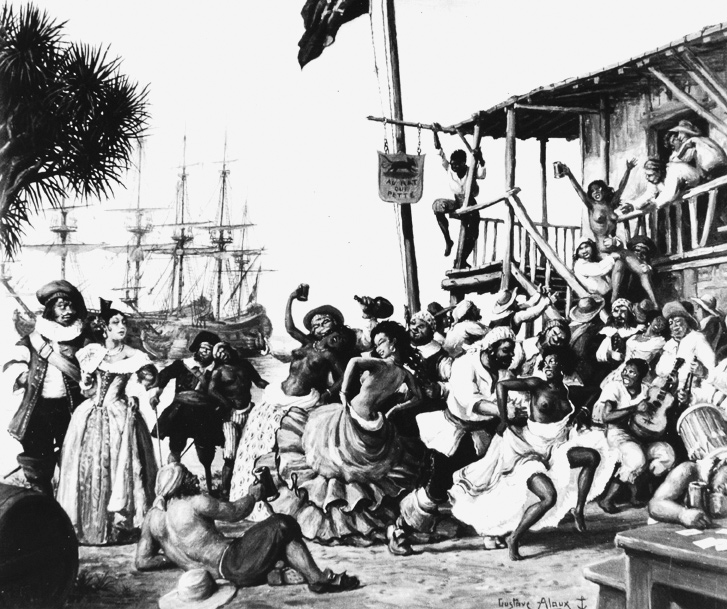