Pirates of the Caribbean

Home / Pirates of the Caribbean

In search of new routes

Being the Mediterranean a highly dangerous sea for navigation and being interrupted the maritime – commercial traffic for continued actions of Berber pirates, it became necessary to find new routes of navigation.

For this reason, Spain and Portugal, countries strategically placed in the extreme Europa’s south- west, on the shore of the Atlantic Ocean, persisted in finding alternative routes to come to the “East Indies”, avoiding the Mediterranean. The discovery of America or “West Indies” was nothing more than an accident, since anybody was expecting to find a continent halfway through.

The Spanish sailed directly westward, arrived to the Caribbean Sea and little later to the American continent. Portuguese ships circumnavigated Africa, discovered the Indian Ocean, Madagascar and arrived to East by other routes.

Meanwhile in the Mediterranean, having reached  such point the maritime banditry, his Holiness Pío V called out the Christian princes to fight against the Half moon: the confederate forces will face the Ottomans in Lepanto’s battle; blocking forever the way of Turks to Europe’s west. 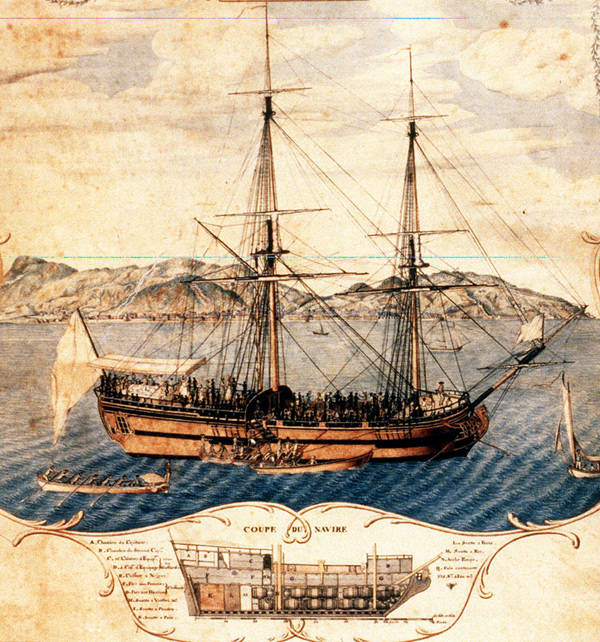 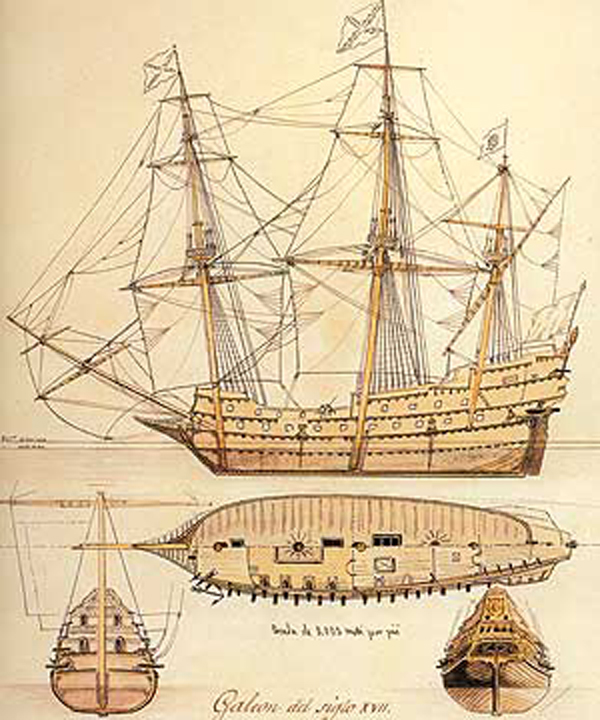 America’s conquest and colonization, converts the Crowns of Spain and Portugal in protagonists of a new network of commercial traffic. The Agreement of Tordesillas, of 1494, confers to both countries the hegemony on all the lands discovered by its ships. The Spanish closed their ports and chased the smuggling. The House of Contracting of The Indies held the trade monopoly, with its seat in Seville.

England, country of Protestant religion, never recognized not even accepted the Agreement of Tordesillas, which was conceived with the blessing of the Pope and the Catholic Church. Rapidly the own British Crown financed corsair expeditions in order to snatch the Spanish part of the wealth they obtained from America.

Automatically the corsair’s activities were firmly established in the clandestine trade. The disinherited ones of the American conquest would only find a way of resolution: to take by force what they were longing.

Little later, the prosperity of the Spanish colonies, with the consequent development of their maritime trade, excited the greed of numerous adventurers, which came mainly from France and Great Britain, who simply acted apart from the interests of their own countries, turning into fearsome pirates, acting only under his own flag.

The Caribbean Sea turned into headquarters of Frenchmen, Englishmen and Dutches, renegades, seekers of fortune and smugglers. Pirates looked for the favor of the Caribbean latitudes: the West Indian islands were a labyrinth where they found safe and sheltering ports. In the islands they found plenty of provisions: drinkable water, marine birds, fishes, tortoises and seafood. The great trade that was developing in America, and the obliged passing by these routes, was giving the certainty of a few “preys” loaded with provisions, naval supply, etc … as well as jewels, gold and silver.

In the early decades of the 16th century, Tortuga Island and Port Royal in Jamaica gave refuge to what it would became a really hostile force against the Hispanic preponderance. 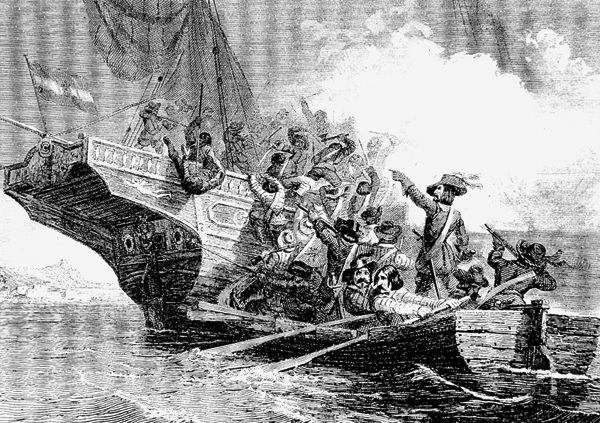 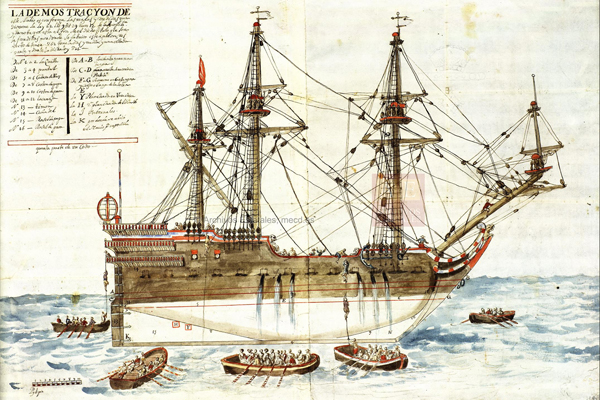 Indies’ Race is the name that received the organization of transport and navigation between Spain and its American colonies. To face the pirate attacks, the Spanish metropolis created in 1561, the Fleet of The Indies: it consisted of the custody of merchant ships by warships. Two fleets were armed: The Fleet of Solid Ground and the Fleet of New Spain, besides the Navy of Windward, which acted like “coastguard” watching over the Spanish islands spread by the Caribbean Sea.

Each one of these two fleets was accompanying, in its voyage for the Caribbean, the loaded merchant galleons that left the ports of Veracruz and Indies’s Cartagena, in the American coast. Both fleets met in the port of Havana and, from there, together they ventured to the Atlantic Ocean crossing, up to arrive to Spain, by San Lúcar of Barrameda.

Half-way the trip, it was necessary to stop over in the Azores Islands, to be supplied of sweet water, fuel wood and food. This was a very dangerous place since English pirate ships were hanging around these waters, lying in wait for the fleets.

The defense of colonies

In all the port cities of America, defensive structures were got up, to anticipate assaults and also to protect populations and maritime trade. Indies’s Cartagena, Havana, San Juan of Puerto Rico, Veracruz, mentioning some of them, were fortified bastions. To protect cities and merchant fleets became the major obsession of the Spanish Crown in those times.

None of these cities escaped from repeated assaults and plunder on the part of corsairs and pirates.

In those years, life in the Spanish colonies, was permanently marked by the danger of attacks, assaults and destruction, since not only  pirates were stalking to ships and entire fleets, in addition they assaulted regularly any coastal settlement, up to important and well defended cities, as Panama or even Havana.

The 16th, 17th century and the first half of the 18th, represented the golden age of the West Indian and American piracy. With the signature of Utrech’s Agreement, the nations undertake to respect the freedom of trade; piracy began to decline and also corsair’s activities. 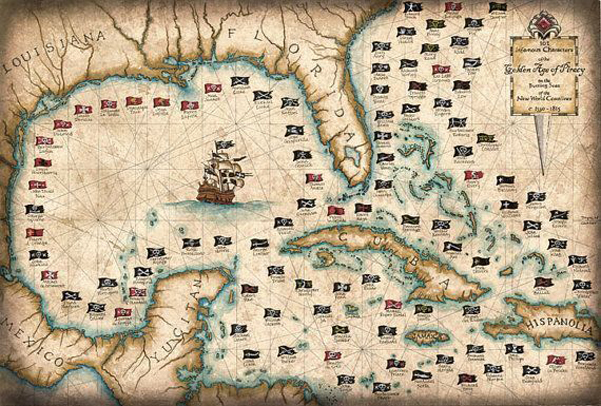