The ships used in piracy were the type of light crafts of easy maneuver. Slightly armed, comparing to Spanish and Portuguese galleons, they had the advantage of a major speed than those. Besides, in case of problems, they could escape and sail towards shallow waters, where big galleons couldn’t arrive.

Pirates were planning quick assaults, by surprise, trying the immediate boarding to the attacked ship and the fight on deck, hand to hand. Pirate ships scarcely used artillery, which, in any case, always had minor caliber than the used by galleons. Thankfully for them, many merchant ships went without escort and little armed, only with some piece of artillery of small or medium caliber. 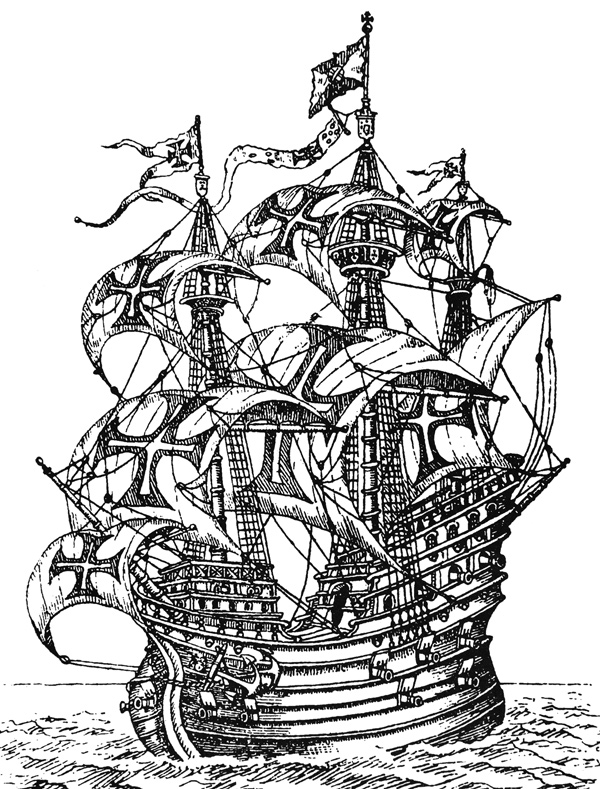 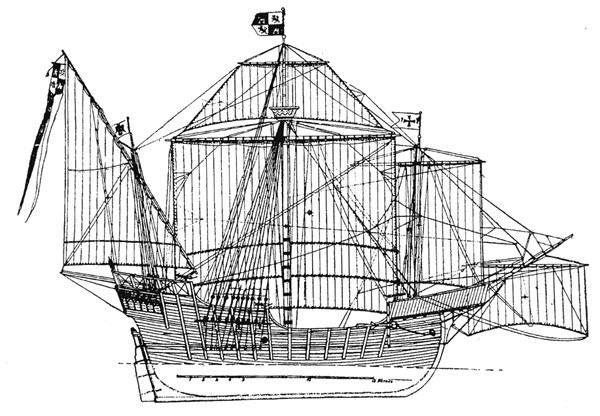 With one or two masts and freightage between 50 and 100 tons, with small pieces of artillery and with numerous crew; it was the corsair ship par excellence.

With flat and slightly soaked bottom, it was used in smuggling incursions.

From 1650, most of the quick operations carried out by filibusters, had as protagonists a sloop. Its name in Spanish is: Balandra.

Merchant ships, multipurpose and of diverse typology. In general they had artillery and were very effective in assaulting small towns.

Small ship used in incursions to coastal populations. It was only used for transporting people. Occasionally it had a sail, though in general his propulsion was by oar. Also knew with the name of barco longo.

With freightages of up to 700 and 800 tons, numerous crew and up to 30 cannons; they came from the Royal Navy. For the dífficulty of his maneuver generally they were operated supported by boats. Pirates were not accustomed to use this kind of ship, but were galleons their favorite “preys”. 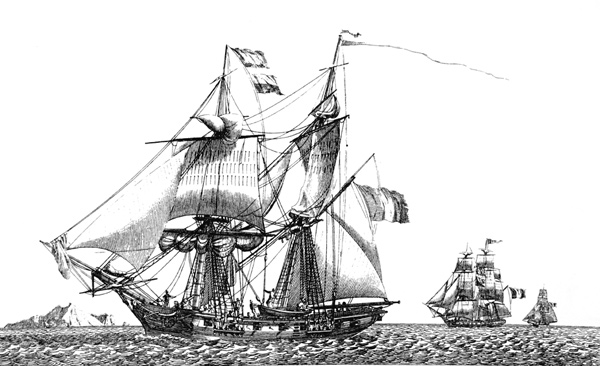